You are here: Home / Archives for Optimal Health 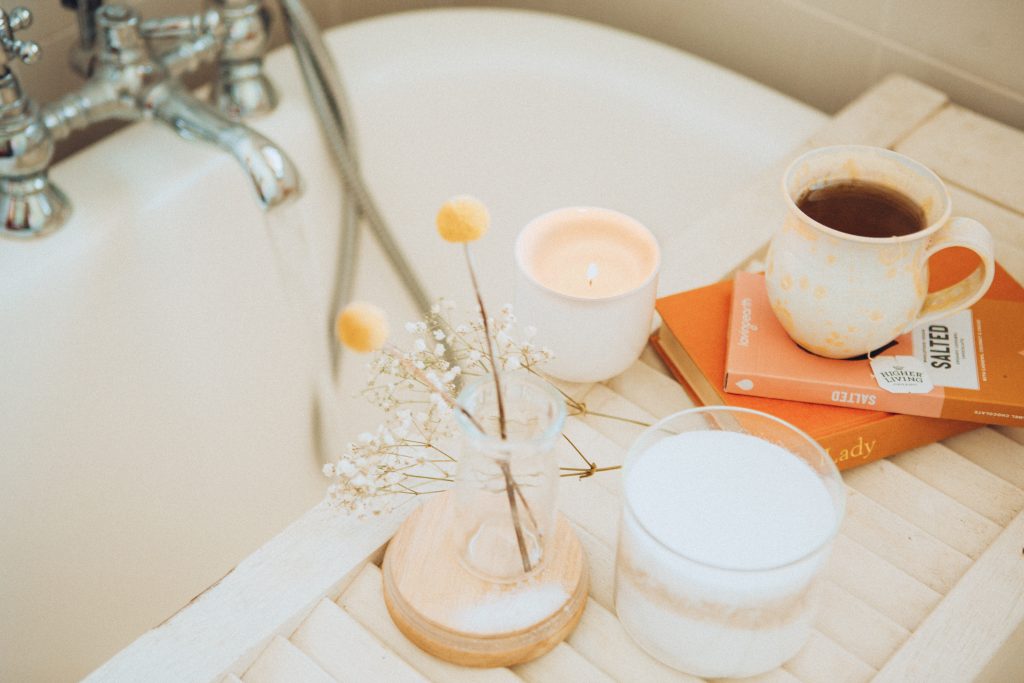 Do you love soaking in a tub of hot water?

Add a few ingredients to the water to enhance its wellness improving effects and to aid detox after Covid shots or infection.

Dr. Carrie Madej says these baths remove from the body: radiation poisoning, pesticides, heavy metals and some parasites as well as nanoparticles. https://www.bitchute.com/video/Gvjj80KRJs5i/

The following recipe has also been advocated in presentations by other doctors. I have been familiar with the baking soda, Epsom Salts and clay for detox baths for a long time. Adding the Borax is a new concept for me.

Here is her recipe:

Soak in this mixture for 20 minutes. Then clean and rinse skin well. Clean bathtub well.

Other folks have posted a variety of recipes for detox baths.

These links will lead you to a fun adventure in trying different recipes for detoxifying and beautifying baths: 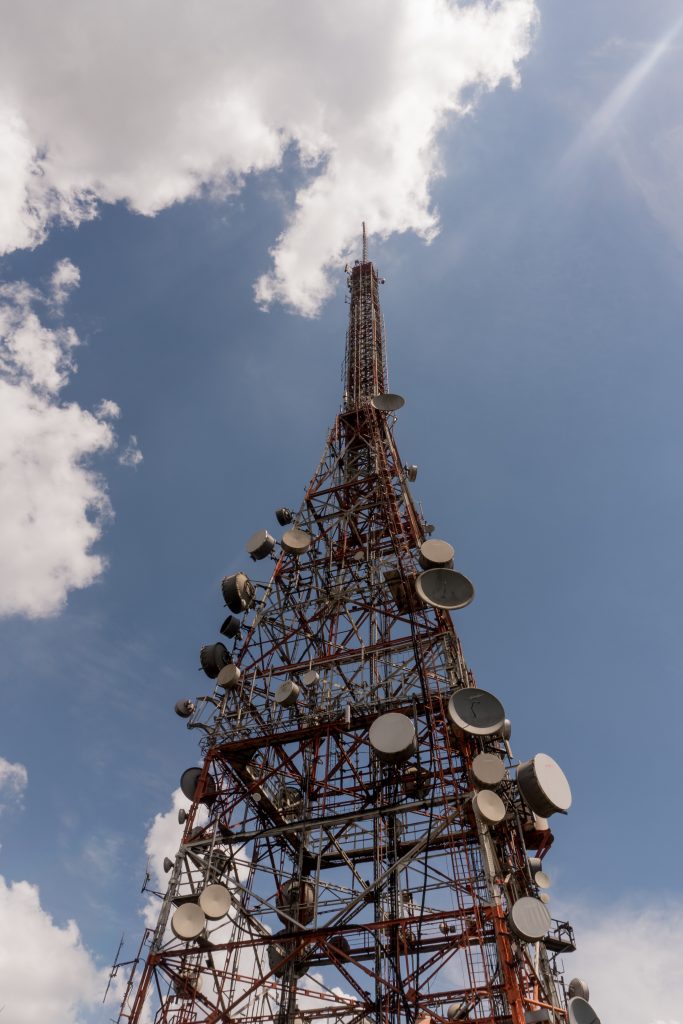 5G IS HERE, a designation given to the new strong electromagnetic fields (EMF) that invade our space whether we want it or not, for high speed internet connections.

There are protective devices that can help ameliorate the unhealthy effects of EMF.

This Q-link company has been around for 30 years. Take a look at their products:

Twenty or more years ago, I bought one of their pendants to wear in my office and when I was working on a computer. But after moving to the mountains, away from so many EMFs, I got lazy about wearing it. But recently my husband and I have been very tired after a full day in Redding, away from our remote mountain home.

I was not only fatigued, but had trouble sleeping the night after an extended time in Redding. My body and muscles felt tense and sometimes I felt like I wanted to explode, it was very strange. We couldn’t figure out what was going on especially since we had not felt this way previously when in town.

Then our internet company’s technician visited our business to upgrade our equipment because our internet access was not functioning properly. He mentioned that we could connect to 2G network or the 5G network. All of a sudden it dawned on me that we now had 5G in our medium size town. But we were not so impacted by 5G in our mountain home.

So, I dug out my Q-link pendant and started wearing it while in town. It definitely made a difference. I was not so fatigued and slept much better.

So that’s my story. I hope it helps you. We have no financial interest or connections to the Q-link company. I have started browsing their website anew. They have other fascinating devices that give a larger area of protection from EMFs for us. I’m going to investigate them further.

Do your own research too. There are other companies that have devices to protect us from harmful electromagnetic fields. 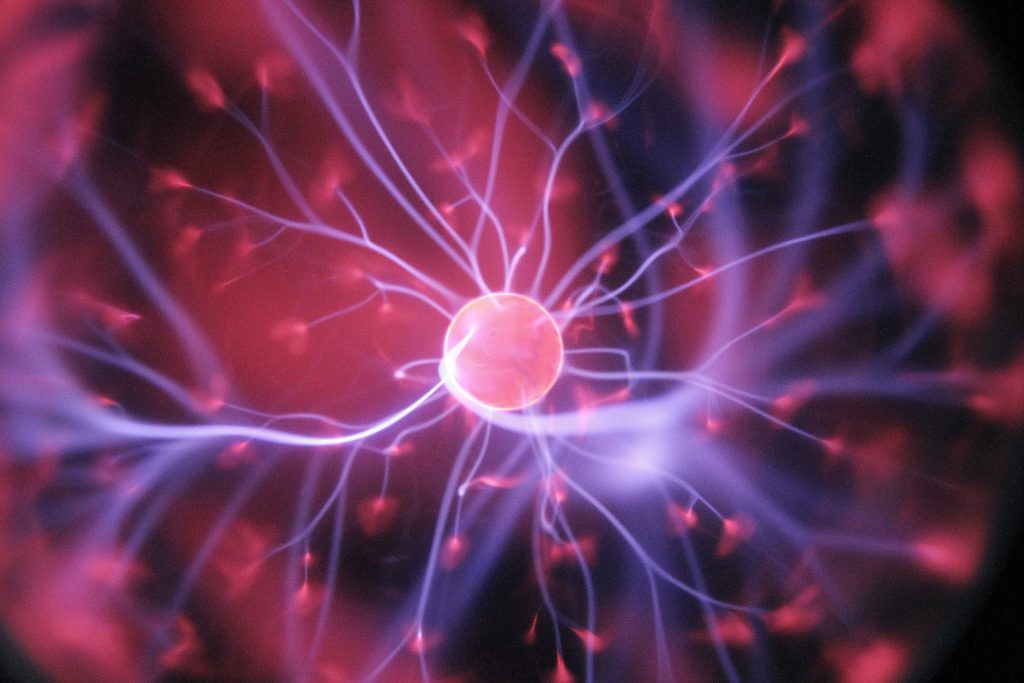 You will notice the Hocatt ozone sauna benefits in your first session when you feel the relaxation response wash over you. Sitting in that warm moist chamber with the lights dimmed and soft relaxing music playing, you will want to stay in that relaxing atmosphere as long as possible.

But behind that luxurious scene your body receives an array of health benefits as the ozone in the Hocatt chamber easily slides into your bloodstream through the pores in your skin. Before the ozone starts infusing into the chamber, carbon dioxide flows in for the first 1 to 3 minutes. It then converts to carbonic acid when it combines with the warm moist steam in the Hocatt. The carbonic acid helps dilate your pores and get the blood circulating so ozone can be readily absorbed through your skin.

How does ozone exert its effect? 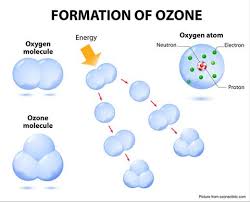 A spark of electricity in an oxygen rich environment splits the 2 linked oxygen atoms apart. Some of the oxygen atoms recombine as 3 molecules to form ozone.  Because ozone has a free electron, it’s negatively charged and unstable so it “gladly” donates its negative electron to the positive charges that it runs into. Remember your physics? Opposites attract. Negatives repel. 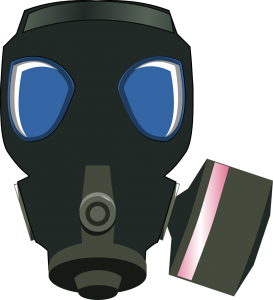 God conveniently created toxic metals and chemicals to have a positive charge. So ozone seeks them out and converts them to forms that your body can more easily excrete. Ozone is like scrubbing bubbles digging deep into the areas where toxins hide and scrubbing them out to the surface. In the Hocatt most of the toxins come out through the skin, sparing the liver and kidneys. However, ozone also improves liver and kidney function so your body can eliminate toxins better 24/7. 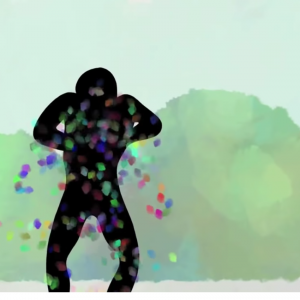 Unfriendly bacteria, viruses, fungi/yeast and parasites also have a positive charge. Once again ozone acts to seek and destroy them. Dysbiosis is the term given to these unfriendly organisms that cause low grade chronic problems in our bodies, but may not manifest as overt infections. But they can’t hide from ozone. And they never become resistant to ozone like they can to antibiotics. Also, ozone has no effect on your good microorganisms because they have a negative charge and repel one another. Quite an amazing system!

Ozone is the most powerful detoxification method that I’ve ever found. I (Dr. Jo) used many different detoxification procedures In my previous integrative medicine clinic including IV chelation therapy, other chelating medications, infrared sauna, homeopathics and supplements. All of those methods were quite helpful. I thought that I had detoxed most of the toxic metals and chemicals out of my own body. But was I in for a surprise with the Hocatt. I discovered that I still had lots of toxins left in my body. The Hocatt seeks and destroys but it still takes some time to mobilize all the toxins. If they come out too fast they may damage tissues before they are excreted.

These waste products of the unfriendly critters add to the “toxic stew” in our bodies. Ozone kicks them out and refreshes our tissues.

Ozone creates a healthy environment in our bodies

These Hocatt ozone sauna benefits are truly remarkable. And there’s more. The effects of detoxification, getting rid of unfriendly organisms and restoring cell health add up to produce even more benefits to optimal health. 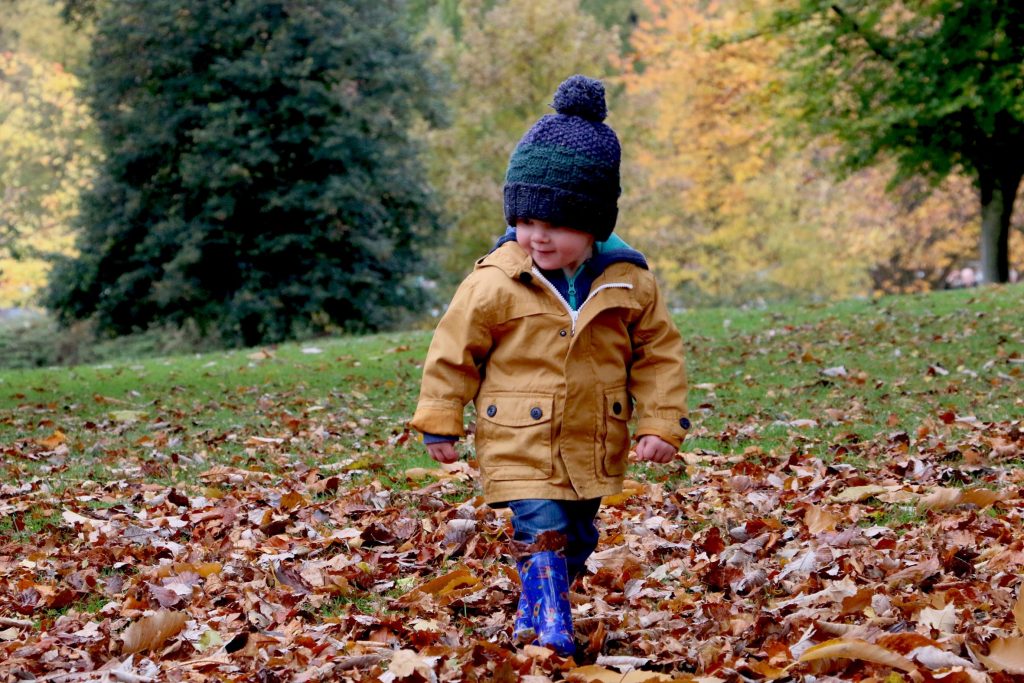 The benefits of ionic foot baths may be demonstrated best by the story of Dr. Tyler Dahm’s autistic son. Mother of 4 children, her son started showing signs of autism at 2 years old. For 5 years she and her husband utilized the medical model  of dealing with autism. But he just kept getting worse and they were going broke so she told her husband they were going to stop seeing the doctor and continue to love their son.

Two weeks later the doctor called saying she had something new for them to try, an IonCleanse Foot  Bath. So they decided to give it a try.

For 8 months the only modality her son used was the ionic detox foot baths. Not long after starting the foot baths Tyler noticed that her son had more ability to focus. Over the 8 months he gradually improved.

At the end of the 8 months Tyler’s body was capable of handling other modalities that had not helped previously. They could address residual toxicity, chronic viruses, nutritional deficiencies and the methylation chemical pathways that had not been working in his body.

What were the benefits of ionic foot baths that helped him?

Autistic children’s physiology prevents proper detoxification of their cells. The ion channels in cell membranes open and close to allow nutrients into the cell and toxins out of the cell. But these channels are blocked by toxins, viruses, and mineral deficiencies. So the toxins continue to accumulate disrupting proper cell function.

Prior to the foot bath sessions, any supplements they had given the boy just piled up outside the cell since the ion channels were closed, making his condition worse.

The negative ions in the foot bath help open those ion channels, releasing the toxins into the blood stream where they circulated back to the feet and were dumped into the foot bath water. But even more exciting, the ions activated the liver, kidneys and gut to continue to dump toxins for days after the foot bath session with the greatest toxic excretion occurring the third day post foot bath.

Tyler Dahm was a medical school student while her son was going through foot bath cleansing. She now operates her own natural healing clinic in Colorado. When asked, “What’s in the foot bath water?”, she responded:  We had Doctor’s Data laboratory test the water. Seventy per cent of products in the water are coming from the body releasing toxic metals,  organic acids, glucose, creatinine, excess supplements,  anything the body deems that needs to be flushed out.

Many autistic children have defects in the MTHFR (and other) genes which cause impairments in the chemical methylation pathways in their tissues. For instance, a methyl group needs to be attached to some of the B vitamins for those vitamins to work properly. So no matter how much B vitamin supplement you give, if the body can’t methylate it, the B vitamin effects on the cell don’t occur.

Dr. Tyler Dahm continues to see marked changes in her autistic patients as she guides them in use of ionic foot baths followed by other treatments that become effective after utilizing the foot baths initially.

Do the benefits of ionic foot baths apply to other children and adults?

Are you ready to enjoy the benefits of ionic foot baths? 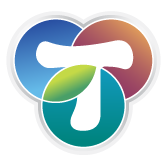